Stories of 2022: Highlights from Dartmouth Engineering

Below are some highlights of the stories from our website, magazine, and across campus—from research breakthroughs to the opening of our new building—helping to advance the Dartmouth Engineering mission of teaching and research with human-centered impact. 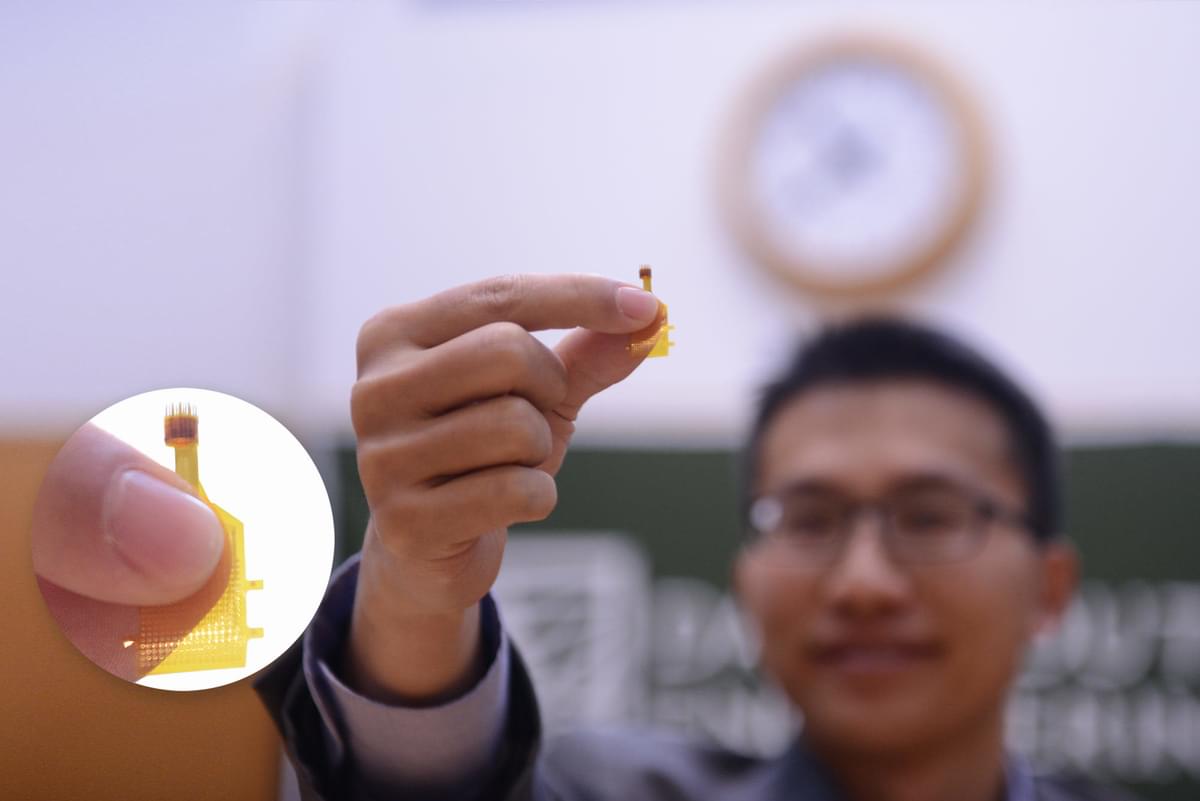 A group of Dartmouth engineers has developed the quickest reliable printing method for the manufacturing of perovskite solar cells, which can be used to efficiently harness and convert solar energy. The method may help scale the use of efficient solar technology, such as electric vehicles.

If the soaring glass and brick exterior is any indication, there is something very cutting edge about the new Class of 1982 Engineering and Computer Science Center (ECSC) that has transformed Dartmouth’s West End into a new hub for innovation. 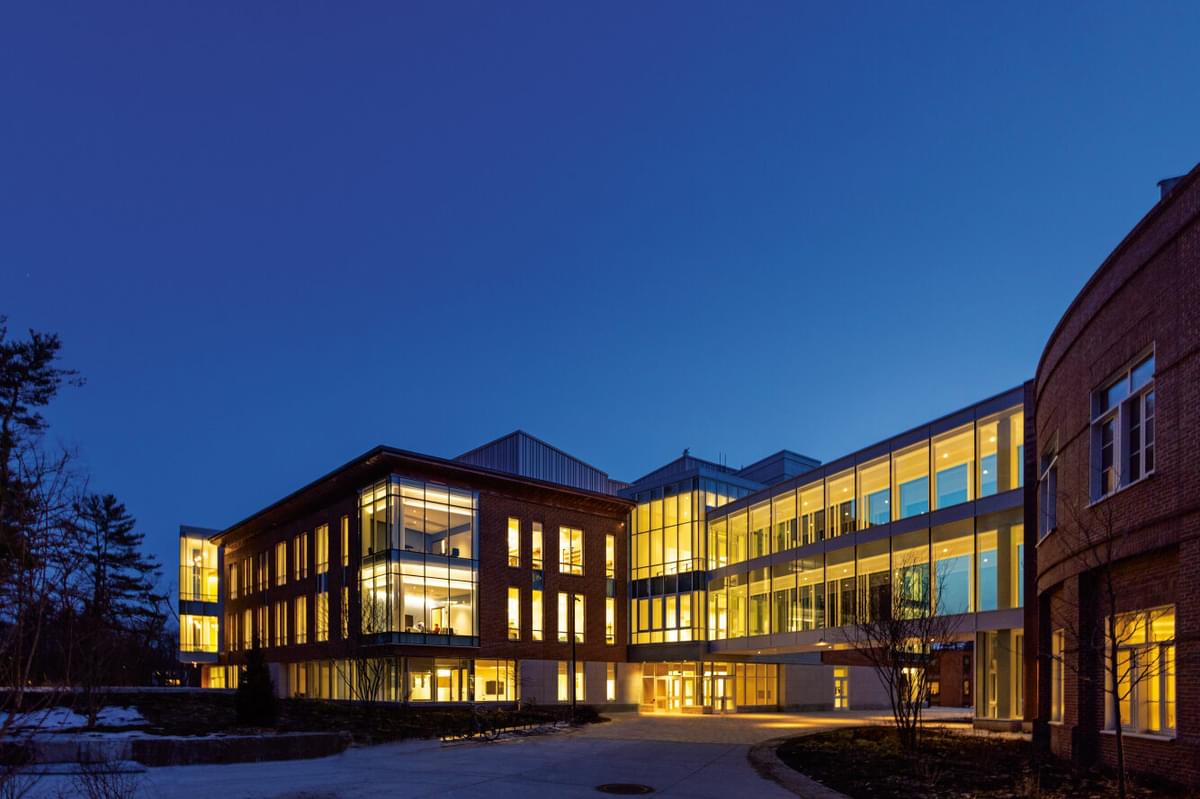 The Class of 1982 Engineering and Computer Sciences Center has transformed the West End into new hub for human-centered discovery. (Photo by Rob Strong '04)

QUEL Imaging, founded in 2019 by a student-faculty team, focuses on the commercialization of tools and services to accelerate the clinical translation of fluorescence guided surgical systems. QUEL announced it has received a Phase II SBIR award from the National Institute of Biomedical Imaging and Bioengineering of the National Institutes of Health.

Twenty weeks of research and analysis show an additional 50%+ energy and greenhouse gas (GHG) reduction potential after installing LED lighting, reducing the impact on the grid, and emerging standards for "green" cannabis.

Dartmouth will lead the US Department of Energy (DOE)-funded effort to discover new photovoltaic materials and will also participate in two Energy Frontier Research Centers (EFRCs) which bring together multi-disciplinary scientific teams to tackle the toughest challenges in energy technologies. One will investigate the basic science of water-splitting catalyst design for clean hydrogen production, and another will explore what determines positioning preference of neighboring atoms in semiconductor alloys, towards more energy-efficient computing.

If they build them, will people come? Dartmouth Engineering Professor Vikrant Vaze is working to make the answer be, yes. "They're building them now," said Vaze, referring to what are called electric vertical-takeoff-and-landing (eVTOL) vehicles. "The technology for fast, safe, affordable flying cars is here, but if we don't plan it right, if we don't understand how, when, and where customers will want to use them, then the industry will fail before it even gets started."

Dartmouth Engineering Professor Yan Li will lead the effort to design new materials for self-powering sensors that can withstand higher temperatures than conventional sensor materials. "For sensing, energy storage, and energy harvesting capability in space, temperature tolerance is important," says Li. "Current materials can only perform at up to 200 degrees Celsius. Above that, all functionality is quickly lost."

A new study out of Dartmouth's Ice Research Lab shows that surface thermal cracks in ice can heal themselves within seconds, and potentially lessen the degradation of Arctic ice covers. "This work shows that, for the polar ice caps, cracking may not always lead to major breakups, and may in fact increase the floating ice covers' resilience and extend their life," says Andrii Murdza, an engineering research associate and first author on the study. "It also points to a possible mechanism for the repair of other crystalline materials such as many ceramics at temperatures near their melting points."

Dartmouth has launched a $100 million program, Dartmouth STEM-X, to increase access for and leadership opportunities of historically underrepresented groups in science, technology, engineering, and mathematics (STEM), and prepare the next generation of leaders in these fields, President Philip J. Hanlon '77 announced at a forum for alumni, technology leaders, and entrepreneurs in San Francisco on December 6. 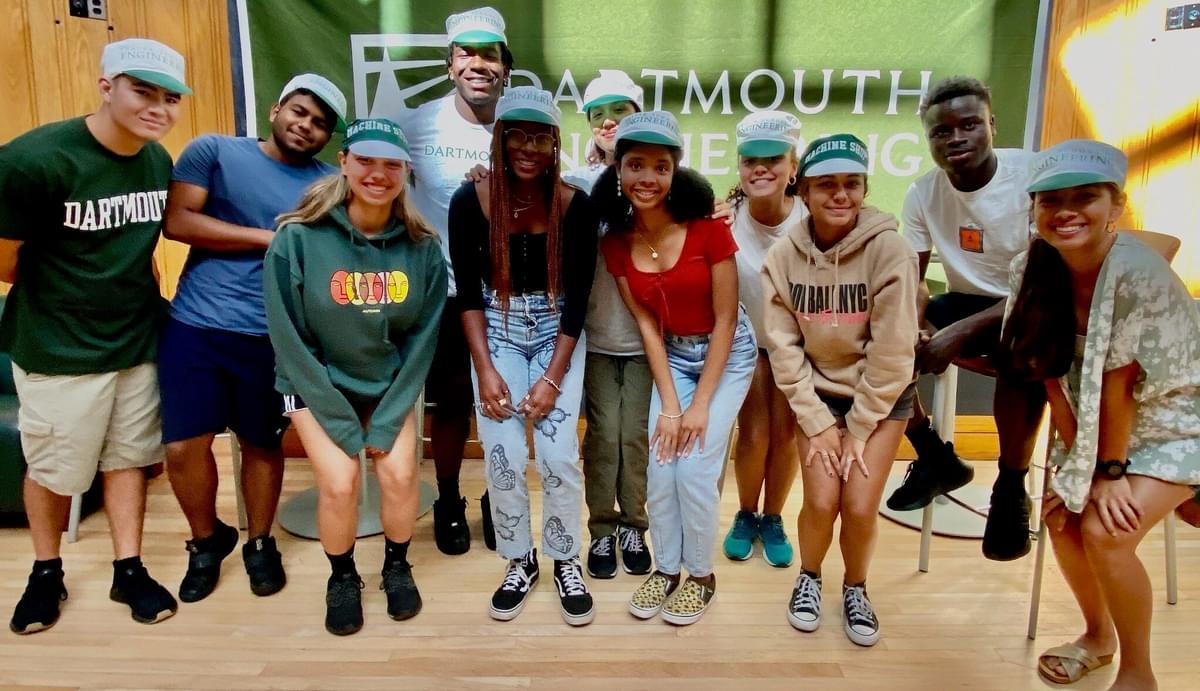