A new study out of Dartmouth's Ice Research Lab shows that surface thermal cracks in ice can heal themselves within seconds, and potentially lessen the degradation of Arctic ice covers. "This work shows that, for the polar ice caps, cracking may not always lead to major breakups, and may in fact increase the floating ice covers' resilience and extend their life," says Andrii Murdza, an engineering research associate and first author on the study. "It also points to a possible mechanism for the repair of other crystalline materials such as many ceramics at temperatures near their melting points." 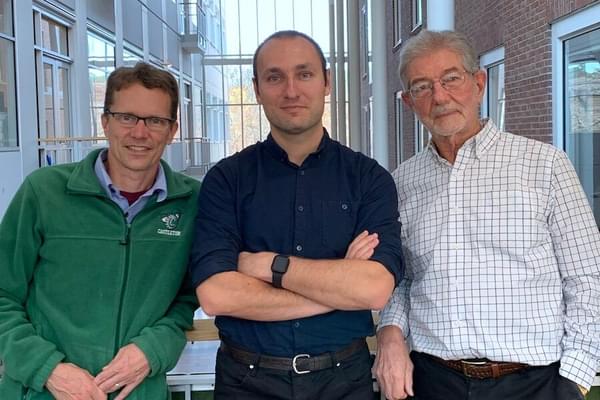 Murdza and engineering professor Erland Schulson are co-authors, along with earth sciences professor Carl Renshaw, on "Rapid Healing of Thermal Cracks in Ice" published in Geophysical Research Letters. "Experiments were performed on sea ice and on lab-grown saline and salt-free ice that had been cracked by thermal shocking," states the study. "As expected, the cracks weakened the materials in accord with fracture mechanics. However, within tens to hundreds of seconds of shocking, the strength recovered completely, for the ice had healed." [see video]

Understanding this rapid healing phenomenon could improve our ability to predict sudden polar ice breakups that put ships, offshore structures, and coastal villages at risk and that accelerate climate change.

"Initially we were just investigating how the repetitive action of waves—bending up and down, up and down—affects the properties of ice," says Murdza. "We were expecting it to get weaker, similar to many other materials that weaken under cyclic loading—a phenomenon called fatigue. And then we found, 'Wow, it's the opposite. It's getting stronger!' Eventually, we were able to make the ice up to two times stronger.

"The next step was to introduce some cracks via thermal shocking that would grow under cyclic loading and, as a result, the ice would fatigue like metals or other ceramic materials. However, we found that the cracks not only healed quickly, but also the cracks in natural sea ice disappeared as though they never existed and the strength recovered to its original value."

"We think this is a truly incredible discovery and that the tendency for thermal cracks to heal rapidly would limit their effectiveness as stress concentrators and so reduce their threat to the structural integrity of the ice cover on the Arctic Ocean."

How does this rapid healing happen? "There's a liquid-like layer on the surface of any hot material," explains Murdza. "Even a piece of metal, like gold, near its melting point has a liquid layer on top a few nanometers thick. And the closer a material is to its melting point, the thicker this layer will be. Given that ice in nature is close to its melting temperature and the liquid layer is relatively thick, we think this layer forming on opposing crack faces along with local pressure enables the healing."

And, Murdza adds, "We're thinking this might be true for other materials too, at least some ceramics at temperatures near their melting points."