Thayer School of Engineering at Dartmouth named Richard Tabors '65 and Stina Brock '01 Th'02, two alumni leaders in the sustainable energy sector, as 2022 Sylvanus Thayer Fellows for their service to Dartmouth Engineering students and distinguished achievements in their field.

During a festive celebration over Dartmouth's Homecoming weekend, Thayer's Board of Advisors and Dean Alexis Abramson recognized Tabors and Brock for serving as an inspiration to Dartmouth Engineering students and young alumni and praised their commitment to mentoring "future leaders ready to tackle the complex challenges of our world."

Dartmouth's liberal arts education—and the focus on "big picture" thinking and human-centered impact above all—served both Tabors and Brock well throughout the course of their careers.

Tabors, whose career in the energy sector spans more than 40 years, was a biology major at Dartmouth with plans to go to medical school. Brock, whose work now focuses on electrifying large commercial fleets, started her first year of college not quite sure she would major in engineering. Both still found their path towards impactful engineering careers, and their experience at Dartmouth has inspired them to give back. 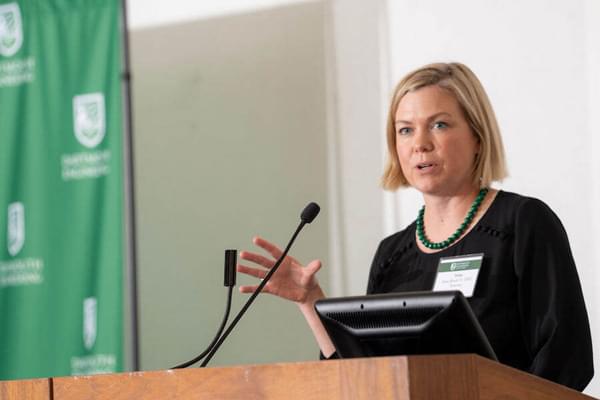 "The supportive environment Thayer had, which I know is still there today, where they have classes for non-engineers, was so great," Brock said. "How can you possibly know when you're a teenager what you want to do unless you try things out? Having the opportunity to do that made all the difference for me."

Today, Brock leads Proterra's cloud-based software-as-a-service business and helps the energy storage company support customers with charging and grid integration for electric vehicle fleets. Before that, she was the head of North America for Electron and led the energy tech company's new market development in the United States and Canada.

Brock described Dartmouth Engineering as a welcoming place for all students, especially women, who are historically underrepresented in the engineering field, and that has motivated her to serve as a mentor for Dartmouth female engineering students and on the Women of Dartmouth Steering Committee.

She has also been active in the alumni community as an admissions alumni interviewer, as first vice president of the Association of Alumni, and as a member of the Alumni Council. In 2013, she was given the Young Alumni Distinguished Service Award by the Alumni Council.

To this day, Brock has not forgotten the systems-thinking approach to engineering she learned in ENGS 22: "Systems Engineering" from Professor Charles Sullivan during her sophomore summer, a valuable course that taught how to problem-solve, lessons she still uses today in her work at Proterra.

"I still use the systems thinking approach all the time," said Brock, who earned her master's degree in electrical engineering from the University of Washington after Dartmouth. "What we're trying to do is figure out how the electric grid will support all of these huge electric loads and combine that with all the renewables that we need for sustainable future. I like to see the big picture of what I'm working on before I get down into the details. The details really, really do matter, and I think if we didn't have the big picture, we would not be successful."

As climate change demands complex solutions, Dartmouth is preparing students to answer the call through this multi-disciplinary approach. "None of these problems are only just in one discipline," Brock said. "There are political, regulatory and financial aspects to these problems. Dartmouth gives people the foundation to be able to understand all of these different aspects. It's not just about students learning to how to solve a very specific problem. It's about learning how to solve problems and how to learn." 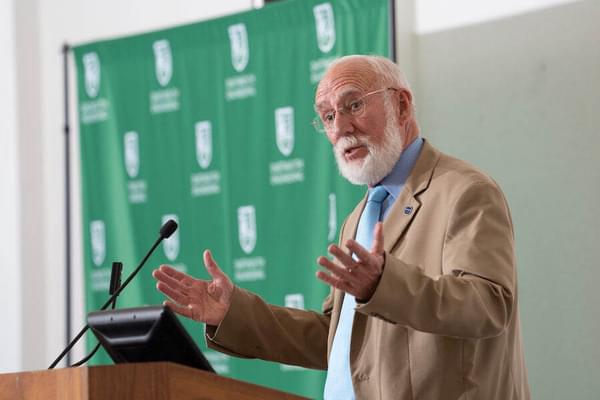 Tabors path to becoming an engineer was a little less direct.

"My background is humorous—the only engineering classes I have ever been in are the ones I've taught," said Tabors, whose roundabout path included earning a master's and doctorate in geography and economics from Syracuse University, before he pursued his doctorate in engineering. His 40-year career, which spans works in international economic development and the corporate energy sector, eventually led him to teaching positions at Harvard and at MIT, where he's taught technology management and conducted research on spot pricing of electricity.

Today, he is president of Tabors Caramanis Rudkevich, an energy consulting firm, and executive vice president of NewGrid, a software group that licenses transmission topology control systems to companies in the energy industry.

Tabors recalled an experience he had as a Dartmouth undergraduate—a trip to Kenya on Operation Crossroads Africa—as a "fantastic" life-changing journey that "opened doors intellectually." Through this experience, he met his late wife, to whom he was married for 50 years. Their son, Dave, earned his bachelor's degree in engineering sciences from Dartmouth and is active in the Master of Engineering Management (MEM) program, which is near and dear to Tabors.

Since 2009, Tabors has served the MEM Corporate Collaboration Council, because he believes strongly in program's ability to broaden the perspective of students trained as engineers. As an active career network volunteer, it's been rewarding for Tabors to mentor and advise students as they embark on their careers.

"The [energy sector] has to change dramatically if we're to move forward in this world," Tabors said. "We have to get away from fossil fuels. That change requires a level of originality not necessarily ingrained within the engineering educational program, but one that is ingrained in the MEM program."