Climate change is no longer a threat—it's here. Although scientists can help model its impact and engineers can develop technologies to help us adapt, what's missing is the connection between them. Klaus Keller brings together researchers, decision-makers, and communities to create smarter, more equitable solutions to climate change. 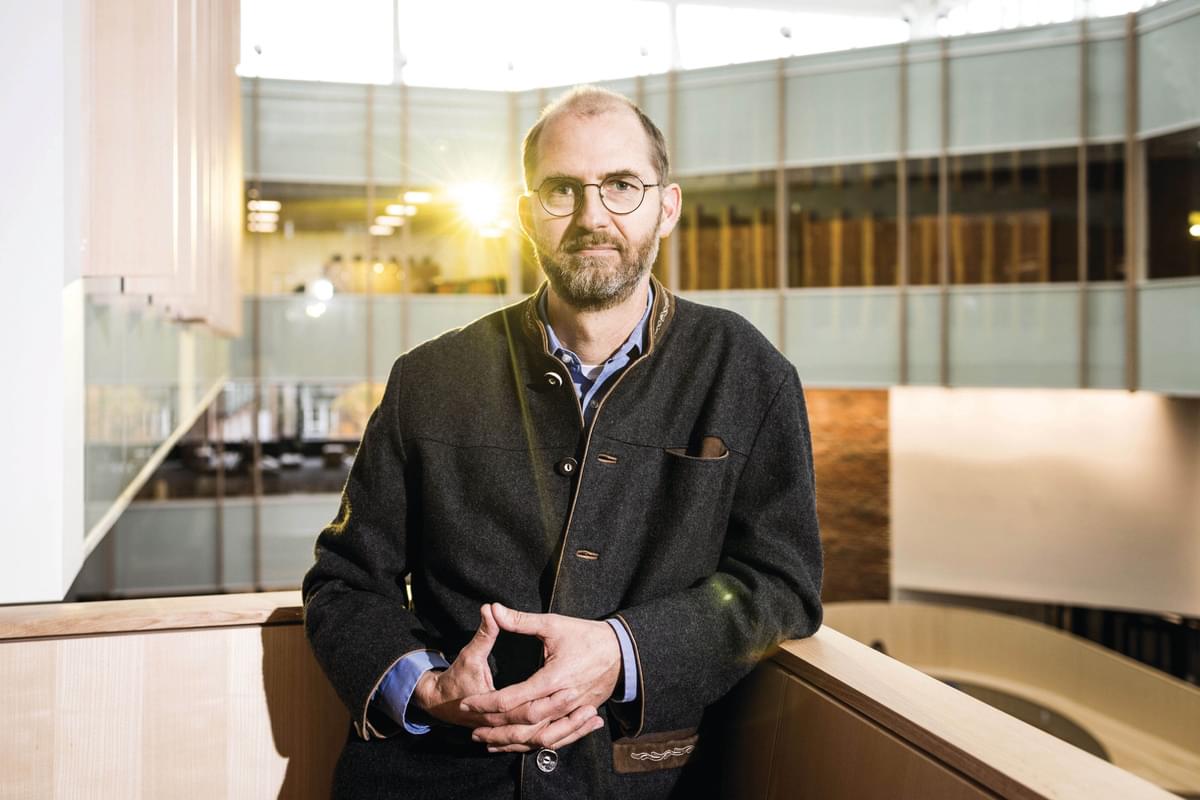 "It's not just that climate change is getting worse, it's also how humans interact with it."

The height of a levee is a fixed number—5 feet, 6 feet. Determining what that number should be, however, is a complicated task. Risk managers run cost-benefit analyses, weighing the potential damage from flooding due to a rare hurricane against the expense of building the levee. Lack of historical information and an uncertain future due to climate change make that analysis a moving target at best. "A key question on the engineering side is how to deal with uncertainty that is substantial, deep, and dynamic," says Klaus Keller, Hodgson Distinguished Professor of Engineering.

Having worked as a geoscientist and an engineer, Keller has been grappling for decades with how to better project the impacts of climate change, as well as how to manage the associated risks. For those affected by flooding, he says, cost-benefit analyses can miss important points. "When you talk with people, they don't care just about money," he says. “They also care about whether there is flooding of culturally sensitive places, such as graveyards and churches and how many people may die." Taking those human concerns into account calls for different analyses, where the height of the levee may be less important than other considerations, such as a robust transportation infrastructure or early warning system to evacuate people when a storm hits. "It's not just a bathtub where the water's going to rise this high, so the levee needs to be this high. It's how does the water flow if the levee breaks and what systems fail," Keller says. "Details matter."

We are already seeing the effects of climate change in severe weather events all over the world, with heavy costs to both the environment and infrastructure. There are many scientists creating complicated climate models to project the impacts of climate change and many engineers devoted to building infrastructure to adapt to it. What's often lacking, says Keller, is the connection between them. "Climate change is a coupled natural-human system; you need to look at how both interact," he says. Rather than spitting out one-size-fits-all approaches—such as the height of a levee—Keller says academics must work more closely with communities to constantly assess and reassess conditions based on how humans adapt to their environment.

"It's like playing a game of chess—you don't plan out for 40 moves, because you don't know what your opponent is playing. You need to make a game plan that will work well under uncertainty but that is also dynamic, because you will learn as you play." To do that, his work brings together engineers, scientists, philosophers, decision-makers, and community members to develop scientifically sound, efficient, and equitable strategies to manage risks driven by flooding, sea-level rise, and other climate threats. "My research focuses on how you improve projections of climate risks and better manage these risks. What are the stakes? What are the odds of something happening? How bad could it be? How vulnerable is the current strategy and how might it fail? How can we better navigate tradeoffs?"

Keller was born in Germany in the 1960s, when a host of environmental issues—dying forests, nuclear waste disposal, a gas crisis—created a new urgency around coming up with responses to those threats. He studied environmental engineering in Berlin in a unique program that included courses in law and economics. Eventually, he came to the United States, where he earned a doctorate in civil and environmental engineering at Princeton before working there as a research scientist and lecturer. In 2001, he became a professor of geosciences at Pennsylvania State University and in 2015 was named director of its new Center for Climate Risk Management, bringing together scientists, engineers, and other disciplines in so-called "convergent research" to inform strategies to manage climate risks.

While such multidisciplinary, practically focused approaches are becoming more common, they are still rare in academia, Keller says, where tenure, publishing, and grants typically reward specialized expertise. "You want people who know something very well, but you also need an environment where you can exchange ideas across disciplines and engage with decision-makers and stakeholders." The increasing interconnectedness of society, he says, can create cascading effects when disasters occur—for example, when a severe hurricane knocks out a transportation system preventing evacuation or causes a breakdown in healthcare networks to care for those who are injured.

The focus on human-centered engineering drew him to Dartmouth, where he joined Thayer in early 2022. "The vision to tackle convergent research problems and integrate education is quite unique," he says, pointing out that Thayer doesn't have traditional departments. "Thayer gives people the resources and flexibility to do things they are really passionate about, to tackle big problems, and to collaborate in a rigorous way across disciplines."

To better understand the impacts of climate change, Keller has worked to improve projections of climate-related hazards driven by processes such as melting ice caps, changing storm surges, and increasingly intense precipitation. Many scientists tackle this by creating ever-more-complex models. Keller argues that such an approach can limit the analysis of important uncertainties. "You ask five different experts and get more than five different answers," he says. Running complex models can also take vast amounts of computer power, limiting the number of times such models can be run in a given period to sample these uncertainties. Keller's research group has shown that using simpler models allows for a more careful characterization of uncertainties to inform decisions.

In addition, Keller has focused on the dynamics of coupled natural-human systems. In a recent case study examining the risk of coastal flooding in New York City, for example, he helped develop a simple model that examined the effects of increased storm surges based on sea-level rise. He considered the effects of hardened infrastructure to mitigate those surges as well as the likely ways in which people might relocate in response. "It's not just that climate change is getting worse, it's also how humans interact with it," he says. "If you build a coastal defense, then how do people move?"

"Models are not value-free. It's important to be reflective and transparent about the ethical choices you are making." 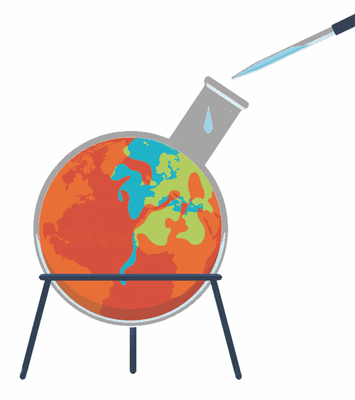 In other cases, Keller's team has pushed for a more nuanced understanding of particular risks in specific locations. He contributed to a recent study examining how high to elevate houses to manage flooding in a Pennsylvania river valley. The Federal Emergency Management Agency (FEMA) presents a simple recommendation that neglects several uncertainties. But Keller and colleagues show that recommendations can be improved by accounting for known uncertainties, such as future flooding, as well as examining more specific attributes for each house, including size, value, location, and initial height of elevation. They concluded that 68 percent of hypothetical homeowners could reduce the likelihood of loss from flooding by considering projections a few feet above FEMA's standard. "There is an avenue to improve and mainstream adaptation decisions. Academics are working on simple-to-use and climate-smart adaptation rules. Perhaps not surprisingly, this can be a hard design problem."

The ways in which adaptation strategies are applied can also perpetuate inequities in cost-benefit analyses, Keller says. In the case of the river flooding, for example, although house values vary, there are sizable fixed costs to elevate a house.

"So, from a pure cost-benefit perspective, it can make more sense to elevate more expensive houses," he says. To the families living in those houses, however, the value of saving their residence is no different. On a more global scale, many cost-benefit analyses place a different value on human life in different countries. "Do you accept that, or do you say that we all have the same intrinsic value?"

To investigate these questions, Keller has taken the unusual step of collaborating with philosophers, contributing to several papers that analyze the value judgments embedded in traditional approaches. "Models used to inform climate-change decisions are not value-free," he says. "It's important to be reflective and transparent about the ethical choices you are making." In one recent study, he helped put those values to the test by bringing academics together with 16 residents of a Pennsylvania town to discuss the homeowners' values around flooding and property damage. This approach suggests a better way to navigate tradeoffs than through a purely economic model. "The academic expert may know the science about the future of ice sheets or the economics of building a pipe or a levee system, but they may not know very well what people care about," he says. "Of course, we need to do the science right, but we also need to do the right science."

Last year, Keller received an opportunity to put those ideas into practice on a larger scale as co-principal investigator for a new project led out of Rutgers called the Megalopolitan Coastal Transformation Hub. It's an effort to bring together scientists, civil engineers, risk managers, social scientists, and community members to consider new strategies for managing climate risks along the New York, New Jersey, and Pennsylvania coastal region. Bringing more perspectives and closer collaboration to the table, Keller believes, can help produce better responses to climate change. "This is one current research frontier: how to design sound strategies in a changing climate under deep uncertainty and with multiple objectives," he says. "Right now, we are leaving money and lives and benefits on the table. Being smarter and better at communication can help prevent that."

Many Dartmouth Engineering professors are involved in climate research—such as the projects mentioned here—that aims to inform decision-making.

Professor Mary Albert's National Science Foundation-funded work includes a project to help the Greenland town of Qaanaaq transition from fossil fuels to greener energy. With PhD student Alyssa Pantaleo Th'24 and research associate Hunter Snyder Adv'21, she is modeling the future of energy transitions in Arctic fishing communities by considering the cost of energy from solar, battery electric solar, and hydrogen. "A transition to renewable energy achieved in partnership with the communities could strengthen local energy self-reliance and build technical capacity in ways that embrace their cultural heritage," according to a recent study published in the December issue of Science Direct.

Professor Colin Meyer is also focused on Greenland—and what climate change impacts there might herald for other regions. He was named to Dartmouth's Arctic Engineering in a Period of Climate Change academic cluster, along with earth sciences professor Mathieu Morlighem. Their work focuses on the complex societal and environmental impacts of climate change and increased energy production in Arctic regions and beyond. "The cryosphere is fragile and remote, yet it affects every human on the planet through water resources and sea-level rise," he says. "To understand how sea ice, alpine snow, and glaciers will change, as well as how they will affect society, interdisciplinary approaches are required."

Professor Hélène Serrousi leads Thayer's Ice and Sea Lab: "Our group is interested in studying the Earth's ice sheets and their connection to the rest of the Earth's systems to better understand the processes driving their past and current evolution and improve projections of their future contribution to sea level rise." It's an effort she has been pursuing for more than a decade, first as a scientist at the NASA Jet Propulsion Laboratory, and now as a member of the NASA Sea Level Change Team and on the scientific steering committee of an international effort to improve ice sheet modeling and projections.