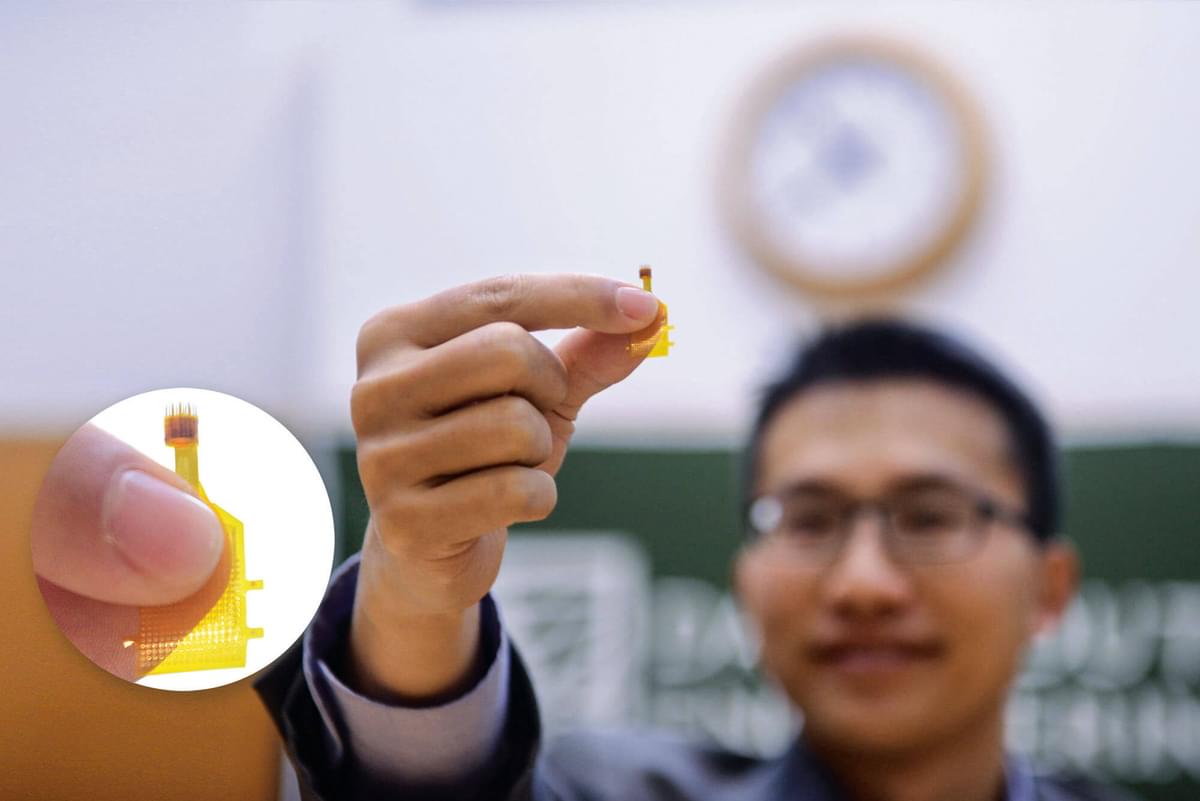 Traditionally, researchers study brain activity with electrodes that individually wire to a separate, remote recording device. The extensive wiring in a constrained space limits the amount of electrodes that researchers can use to about 100, often forcing a choice between a high-resolution reading focused on a small area of the brain or low-resolution readings over larger areas. Fang aims to sidestep this limitation by developing flexible CMOS electrode arrays that require a fraction of the wiring and increase the number of electrodes by a factor of 20. The Dartmouth team is also working on solutions to deliver the sought-after 3-D interface to replace typical flat electrode arrays placed over the brain.

Neuro-CROWN—which stands for CMOS-based, rollable, low-noise neuroelectronics—could house more than 2,000 electrodes spread three-dimensionally and use fewer than 20 external wire connections. “My lab has achieved a unique way to transform flexible devices from planar form—the dominant form of all electronics—to 3-D architecture,” says Fang. “It is realized through a rather simple process, taking advantage of the device’s flexibility.” His team believes this new technology will enable novel neuroscience research and the creation of enhanced neuro-prosthetic systems.

This article appeared in the Spring 2022 issue of the Dartmouth Engineer magazine.