"Both of our projects have a commonality, which is that we are trying to save human lives. We want our technology to spread to improve people's health." 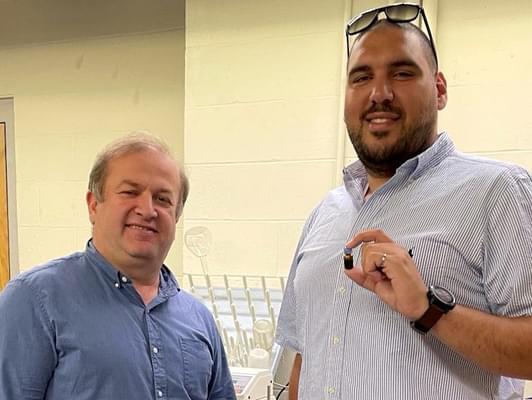 The first project focused primarily on the use of magnetic nanoparticle (MNP) hyperthermia to treat deep tissue tumors without harming normal tissue. Using technology previously developed by Ian Baker, the Sherman Fairchild Professor of Engineering at Dartmouth, Nour and Shubitidze worked on optimizing the size, frequency, composition, and configuration of external electromagnetic energy sources to achieve desirable heat in cancerous cells and to minimize unwanted heat in normal tissue. 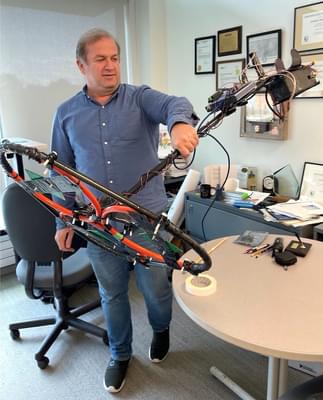 The United States military has approved the technology for domestic use, but Kuwait still needs to clean up unexploded ordnances left over from the Gulf War.

The international duo has already had two conference proposals accepted for later this fall and hope to continue their collaboration.

"We are talking about developing some joint programs, joint grants, and projects as well," said Shubitidze. "For any research, it's better to have multiple universities involved to get different perspectives."

Shubitidze, who serves as a consultant to the AUK program, was approached by Nour several years ago after the latter read a paper of Shubitidze's and realized the potential for fruitful collaboration. Nour is the thirteenth AUK faculty member to participate in the Dartmouth-American University of Kuwait Faculty Fellowship program, which has brought an AUK faculty member to Dartmouth each summer since 2009 for mentorship and collaboration, with the exception of last year due to the pandemic.