Dartmouth is launching the new McGuire Family Prize for Societal Impact to recognize individuals whose work, leadership, or innovations have led to significant impact on humanity and society and is opening a public call for nominations. 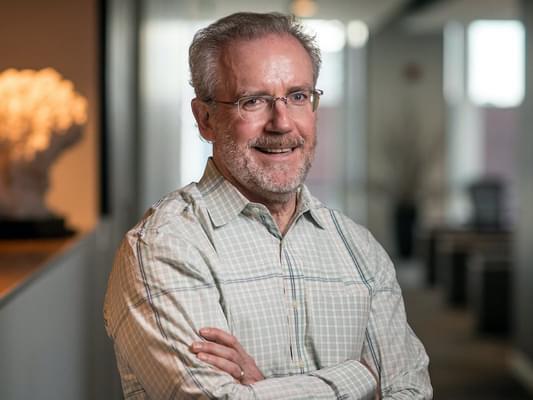 Terry McGuire Th'82 P'08, Founding Partner of Polaris Partners and Thayer Board of Advisors member since 2000. (Photo by Aram Boghosian for The Boston Globe)

The $100,000 prize, established through the generosity of Terry McGuire Th'82 and Carolyn Carr McGuire Tu'83, seeks nominees who have demonstrated considerable leadership in areas such as technological innovation, organizational or societal leadership, environmental stewardship, or fundamental discovery that have improved lives, promoted equity, or tackled a critical environmental challenge.

While anyone may submit a nomination, the nominee must have an affiliation with Dartmouth — as a student or alumni, a current or former faculty or staff, or as a family member of someone closely associated with the College. Call for nominations will be open until early March.

"The prize is about much more than awarding achievement, but also about inspiring current and future engineers and scientists, and business and technology leaders at Dartmouth." 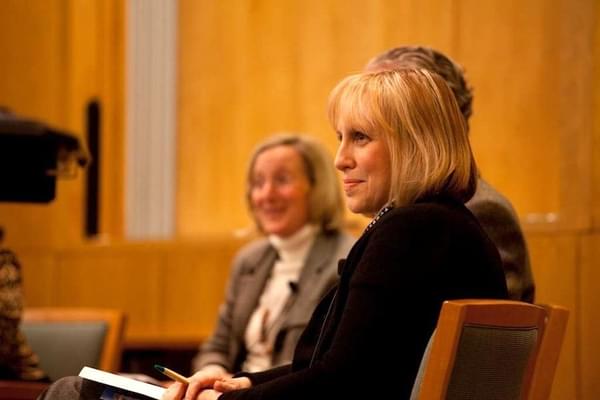 Eric Fossum, the John H. Krehbiel Sr. Professor of Emerging Technologies and chair of the prize selection committee, said the spirit of the prize embodies the values of the McGuires, whose life and work has focused on investing in human-centered innovation and leadership.

The inaugural recipient is expected to be announced in May in tandem with Dartmouth's Innovation and Technology Festival, which celebrates the opening of the new Center for Engineering and Computer Science and the Arthur L. Irving Institute for Energy and Society in the College's West End district.

"Among the true measures of success of an academic institution is its community's positive impact on society," said Terry McGuire, in establishing the award with his wife Carolyn, adding that one of the greatest measures of impact is in the number of "lives touched."

McGuire is a longtime member and a former chair of Dartmouth Engineering's Board of Advisors and founding partner of Polaris Partners, who throughout his career has helped shape and advance new biomedical and biotechnology innovations. Carolyn Carr McGuire is a Tuck alumna who co-founded Community Consulting Teams of Boston, an all-volunteer organization that connects MBA graduates with non-profits for consulting services, to help future business leaders better serve their constituents and communities and amplify their impact.