Sreevalli Sreenivasan was born and raised in Bangalore, India. She earned her undergraduate degree in Bangalore before coming to Dartmouth for a Master of Engineering Management (MEM) degree. After doing some post-MEM consulting work in India, she recently enrolled in Thayer's PhD Program working with Professor Geoff Parker. We spoke with her about her experience and plans at Dartmouth, her ongoing passion for humanitarian work — including starting a nongovernmental organization (NGO) called "Nourish" to address the problem of widespread malnutrition in India — and her newly-published children's book. After majoring in industrial engineering in India, why did you choose Dartmouth for your graduate degree?

When I was looking at a master's, one of the programs I saw was engineering management. I thought that sounded interesting because a lot of the industrial engineering courses are specific to operations research or quality control, where this gave a broader perspective with the ability to pick a focus later on. So I started looking and I liked Dartmouth because it had the internship and it was one of the first schools with this kind of program.

I ended up interning at Vestas which was a fantastic experience. As an industrial engineer, I had no exposure to energy, so this was my first time working in that space. I learned a lot and met some really cool people.

What is your involvement with humanitarian organizations?

I started as a United Nations volunteer when I was a grad student. It's an online position with this organization called Tanzania Development Trust. They do a lot of work to prevent female genital mutilation which has been an issue there. I helped them with open street mapping. You look at satellite images to identify roads and buildings so they can create maps for volunteers on the ground or for women who have to walk long distances to work, or for water, or anything else. I'm also involved with Future India foundation teaching English as a second language for grades eight and nine at an orphanage in Bengaluru.

When did you start thinking about the problem of children's nutrition in India?

After my master's, while I was working for Norwich Solar Technologies in Vermont, a friend of mine in India was talking about how nutrition seems to be a big issue. I had done some volunteer work with a school, and I looked into it on my own, and the numbers were stunning. India has a large young population and has one of the highest malnutrition rates with an estimated twenty-five percent of the world's population of hungry people.

Then I looked at the connection between children attending school and the free meal program, which is often why children go to school in the first place. That got me and my friend thinking about starting an NGO — which we plan to get off the ground in the next few months — and tackling the issue in a more systematic way, focusing on young children and pregnant women. A lot of organizations are trying to help, but the problem needs comprehensive and inclusive programs implemented at a larger scale.

We want to make sure we meet the World Health Organization's guidelines for nutrition by setting up a network of volunteers and medical teams to assess the need for supplements, medicines, and care in free medical camps. We also plan to coordinate with various government agencies starting in Bangalore with the hope of expanding the program throughout India.

Why did you decide to publish a children's book?

During the lockdown last year, I saw this interesting TED Talk by Lucy King on human-animal conflicts. I thought this would be worthwhile to write about so children could get exposed to ideas like that at a younger age. So my book is about the human-elephant conflict in rural Kenya and the solution they came up with using local knowledge — a simple solution that not only doesn't harm the elephants but also is a win-win. 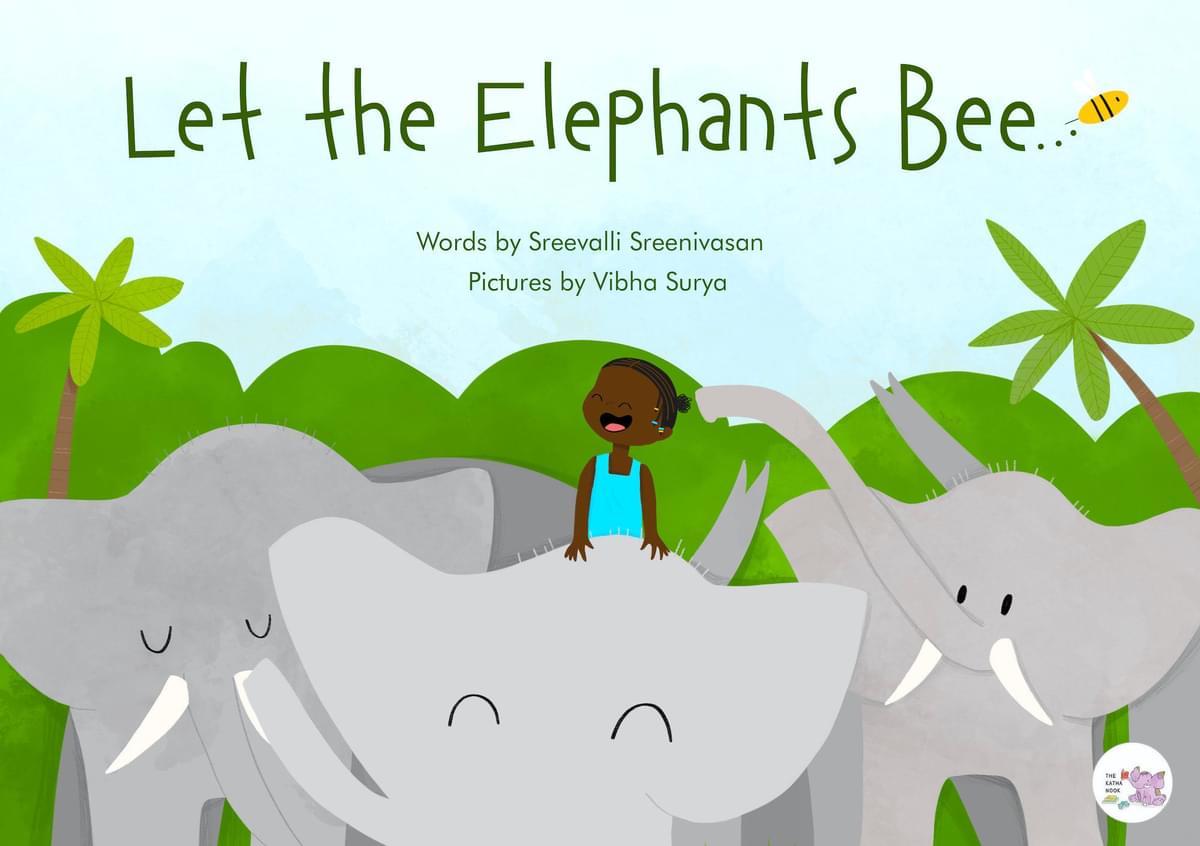 "Let the Elephants Bee" by Sreevalli Sreenivasan, illustrated by Vibha Surya, will be available this Spring in the US through Amazon and in bookstores in India.

The overall theme is about living in harmony with nature, which is something I've been passionate about since I was a child. I lived close to a lake, so I grew up with animals — all kinds of birds, fish, turtles, snakes, mongoose... I saw the effects of pollution on the environment and also my family has been involved with the [World Wildlife Fund] WWF and the [International Union for Conservation of Nature] IUCN throughout my whole life.

Honestly, I wrote it just for fun. I had no intention of publishing, but I sent it to a few of my Dartmouth friends and they said, 'it's really good, you should see if you can get it published.' And so I did.

What will you focus on for your PhD?

I'm interested in energy, but I'm an industrial engineer, so I'll be studying the operations side of things. Professor Parker is great. He says you can take multiple different tracks and see which one you lean toward. That gives me flexibility for what to focus on, which is fantastic because I have so many different interests. And also, at some point, I want to work for the UN doing something with energy policy. If that's where this ends up, then I can find a path there. But, you never know, I might like something completely different while I'm taking another track, and end up doing something in microeconomics. Who knows?

What's the most important problem to solve in the area of energy?

The most important problem to solve is storage. For integrating all the different energy sources into the grid, storage is the key. It will help us switch to renewables without worrying too much about intermittency. The more we invest in battery technology, the easier it will be.

Are you excited about coming back to Thayer?

Yes. I loved Hanover. I learned how to ski, so I started enjoying winters, and I loved the exhibits at the Hood Museum, and performances at the Hop, and it was an election year, so we got to see the presidential candidates. I really enjoyed it.

I had a ton of great experiences, but one thing I really liked about Thayer — It's an engineering school, obviously, but you've also got the liberal arts aspect of being at Dartmouth. I'm into the whole interdisciplinary thing and it was great. I tried my hand at a lot of different things.

And with Thayer, I stayed in touch with a lot of my professors, even after I moved back to India. I was considering doing a number of different things, and they were my sounding board which was really helpful. That's one of the best things to me about Thayer.

What advice would you give MEM students now?

To be confident of their abilities. You will find what you want to do, even if it takes some time. If you have the skillset and put in the work, you're more than qualified to figure out what you want to do. COVID made things a bit uncertain, so it may take longer, but you will definitely figure it out.