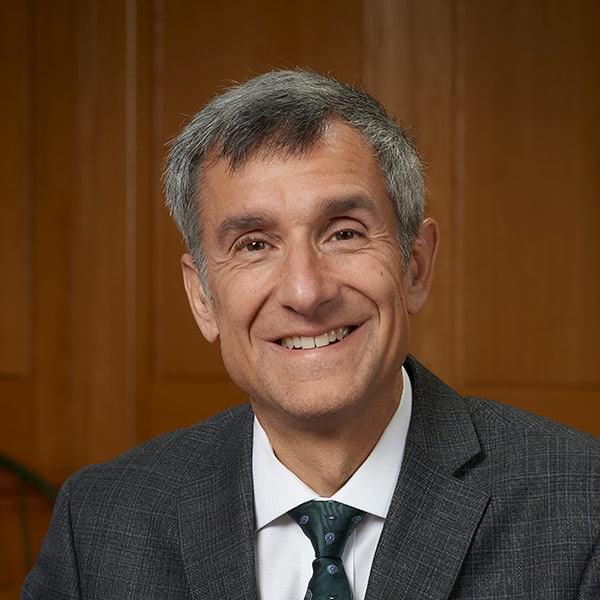 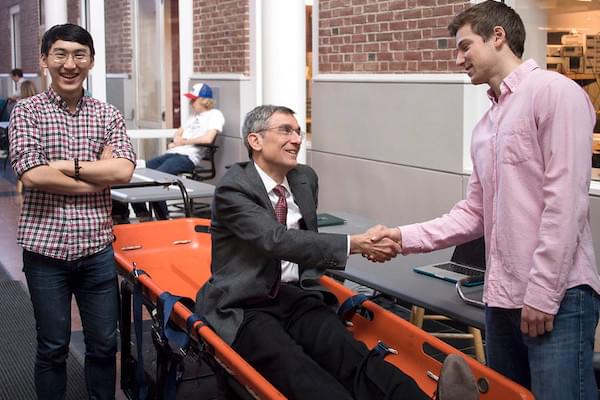 Joseph J. Helble was named the 15th president of Lehigh University in 2021. Prior to becoming Dartmouth's provost in 2018, he served for 13 years as Thayer's dean. Helble earned his BS in chemical engineering from Lehigh and his PhD in chemical engineering from MIT. From 1987–1995, he worked as a research scientist at Physical Sciences, Inc., and in 1993 also served as a fellow with the Environmental Protection Agency (EPA). He then joined the faculty at the University of Connecticut as professor of both chemical and environmental engineering and served first as Graduate Program Chair and then as Chemical Engineering Department Head. Before joining Thayer, Helble was named the 2004–2005 Roger Revelle Fellow by the American Association for the Advancement of Science (AAAS), allowing him to spend that academic year addressing technology and environmental policy initiatives in the US Senate. Helble has served on numerous EPA Science Advisory Board panels and on the editorial boards of Environmental Engineering Science and Fuel Processing Technology. He is presently chair of the American Society for Engineering Education (ASEE) Engineering Deans’ Public Policy Committee. Helble is a recipient of a young faculty Career Award from NSF, an outstanding young faculty award from the University of Connecticut School of Engineering, and the Barnard Award from AAAS. He is the author of over 100 publications in the areas of air pollution, aerosols, nanoscale ceramics, and air quality, and holds three US patents related to nanoscalepowder production. In 2014, Helble, along with three Thayer colleagues, was a recipient of the National Academy of Engineering (NAE) Bernard M. Gordon Prize for Innovation in Engineering and Technology Education for the design and implementation of Dartmouth’s Engineering Entrepreneurship Program.

Construction begins on the west end of campus
Jan 31, 2019

Construction to Begin on West End Expansion at Start of New Year
Dec 20, 2018

New computer science and Thayer building designs to be submitted to town for review
Apr 15, 2018

School's out, but universities are still fighting for their international students in wake of travel
Jun 30, 2017

New Hampshire — The Next Medical Manufacturing Hub?
May 23, 2017

Women break barriers in engineering and computer science at some top colleges
Sep 21, 2016

Thayer first in the country to graduate more women than men
Jul 08, 2016

Women outnumber men in a graduating class of engineers—for the first time ever
Jul 08, 2016

More than half of Dartmouth's engineering graduates this year were women
Jun 28, 2016

Why some colleges are better than others at getting women into STEM careers
Jan 04, 2016

How Dartmouth's President Is Trying To Cut The Rising Cost Of College
Feb 11, 2015

'The Core of Civilization': Inauguration Panel Reflects on the Liberal Arts
Sep 20, 2013

It's Time to Re-Engineer the Engineering Curriculum
Mar 15, 2011

With new program, college takes on the mission of preventing health care from breaking the bank
Mar 07, 2011

Might Companies, Not Colleges, Deserve the Blame for a Shortage of Engineers?
Mar 07, 2011