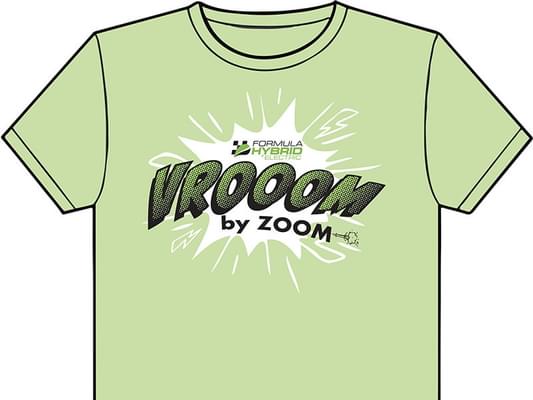 It has been a tough two years for the Formula Hybrid Competition and its organizers. While the basic program hasn’t changed—the competition features high-performance hybrid race cars built by teams of undergraduate and graduate engineering students—many events were modified due to COVID-19 restrictions.

“It’s been very challenging,” says Michael Chapman, Director of the Formula Hybrid Program. In March 2020, with the international teams in mind, the organizers made the decision to go virtual. “We went with a static-events-only format, which is usually declared by a team whose car isn’t able to run in the dynamic events. We spent more than 70 hours on student Zoom calls, including virtual office hours, Q&A sessions, electric safety form reviews, and design and project management presentations.”

Their decisions in 2020 provided a good framework to modify the competition. “We added the Optimal Hybrid Challenge, where students designed the optimal hybrid car for a future competition without the usual cost constraints,” says Chapman. “We also added the Virtual Racing Challenge using the sim iRacing platform, where students were challenged to set up a standard iRacing car and then have an expert driver from the New England Region Sports Car Club of America take timed hot laps around the virtual New Hampshire Motor Speedway course with south oval.” The fastest laps scored the most points.

“Amazingly, I think we got to know the sponsors and the teams much better than during a normal competition. I think the experience taught us that we can add things to the competition before the cars get to the track that can really benefit the teams.”

Organizers are now focusing on sponsor and team development for 2022.