Professor Eugene Santos Jr. has been appointed to the Department of the Air Force Scientific Advisory Board (DAF SAB) to provide independent advice on matters of science and technology relating to the DAF mission. 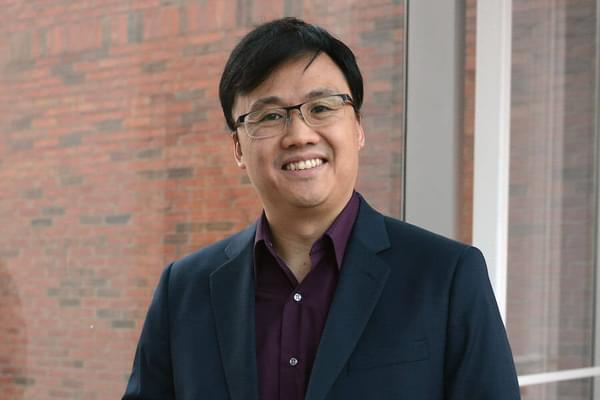 Board members are appointed by the Secretary of Defense and are authorities in the fields of science, technology, manufacturing, acquisition process, and other matters of special interest to the DAF.

"I'm honored to be selected to serve on this board and look forward to helping assess and recommend future science and technology directions for the Department of the Air Force," says Santos.

The DAF SAB is tasked each year by the Secretary of the Air Force to conduct studies on topics deemed critical to the DAF mission and recommend applications of technologies that can improve capabilities.

Santos works in the area of artificial intelligence (AI) at the intersection of information, cognition, human factors, and mathematics. His focus is on determining the intent behind human decisions and behaviors with an emphasis on how machines can learn complex behaviors such as innovation and creativity. Applications of his work aim for a better understanding of how we—both as individuals and a society—can best leverage knowledge through AI to improve our world for social good.

Santos joined the Dartmouth Engineering faculty in 2005 and teaches courses in software design, operations research, and AI. He received his MS in mathematics from Youngstown State University and his ScM and PhD degrees in computer science from Brown University. He is a fellow of both IEEE and AAAS, serves on the Board of Directors for Sigma Xi, is an associate editor for the International Journal of Image and Graphics, and serves on the editorial boards for Computational Intelligence, Journal of Intelligent Information Systems, and Journal of Experimental and Theoretical Artificial Intelligence. He also was appointed to the State of Vermont Taskforce on AI, and was formerly Editor-in-Chief of IEEE Transactions on Cybernetics.