When Tishya Srivastava's grandfather was unable to recognize her anymore, she quickly realized there weren't many resources for patients like him with stage three Alzheimer's and the people who care for them.

"I realized that there's a huge population uncatered to." 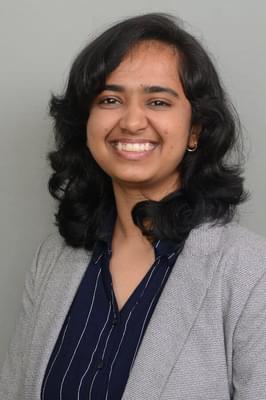 She found various apps to help with memory skills, but none that would work for a patient in stage three, like her grandfather who often forgot facts about his childhood. As a caregiver, she felt helpless and wished she could do more. "It's an environment with a lot of worry, a lot of tension and anxiety, and that's not healthy for the family member or the patient," she said.

A candidate in Dartmouth's Master of Engineering Management (MEM) program and a recipient of the program's Conrades Distinguished Fellow award, Srivastava had been thinking about these challenges and also how she could put her background in healthcare and technology to use. That's when she had her aha moment — Why not create an app to increase engagement between caregivers and patients?

The idea for her app, called MEMRY, centers around gamifying a list of activities that patients and caregivers can complete together every day. When an activity is completed, users earn points that can be redeemed for vouchers at cafes and other retailers. She came up with the idea during winter break and experimented with a group of Alzheimer's patients, giving them a small, easy activity to do every day — such as playing with a ball — then recording their feedback.

"I saw firsthand how happy both people were" while engaging together, she said. Playing with a ball, for example, may sound small, but it's a helpful stress reliever. "It's something so simple, but it's creating so much happiness where otherwise they would be sitting around doing nothing."

With an undergraduate degree in pharmaceutical engineering from India's Institute of Chemical Technology, Srivastava has a deep interest in understanding the pain points for patients and how to translate research from the lab into commercial applications. When she learned about "The Pitch" competition, sponsored by DALI Lab in Dartmouth's Magnuson Center for Entrepreneurship, she decided to apply.

"Honestly, I had no expectations walking into the competition, but it was a nice experience, jotting down all my ideas concretely into a two-to-three-page document," she said. "The competition gave me a good opportunity to conceptualize what I was doing." 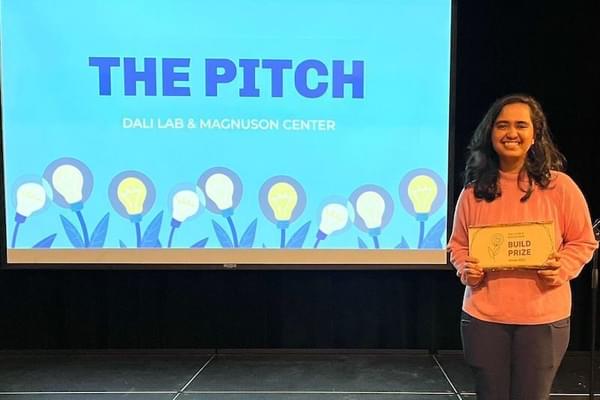 Srivastava's idea won a $10,000 "Build Prize" that includes a one-term partnership with DALI to design and build the app. From there, she plans to collaborate with a team of software developers, designers and product managers to further its development. Work on the app will start in the fall. In the meantime, Srivastava plans to do user interviews and brainstorm ideas for the interface.

Her ideas so far include allowing users to sync their calendars with the app to find time for the activities. She also hopes that information from the app can be sent to a doctor for tracking patient progress.

Already, Magnuson has connected her with doctors at Dartmouth-Health who can provide feedback and help make refinements.

"I've had a magnificent resource of people who are helping me, and they have been constantly in touch, giving me ideas, suggestions and funding," she said. "The access that I'm getting because of Dartmouth is very helpful. This one competition has opened so many opportunities for me."