A team of engineering graduates from Dartmouth is a finalist of NASA's Micro-g Neutral Buoyancy Experiment Design Teams (Micro-g NExT) Challenge to design and build an autonomous search-and-rescue vehicle. The team's invention will be tested alongside the 20 other finalists by NASA at the Johnson Space Center Neutral Buoyancy Laboratory (NBL) in Houston, Texas, this week.

The team's prototype, the Dartmouth Surface Autonomous Vehicle for Emergency Rescue (SAVER), is designed to be deployed in case of an unplanned emergency during NASA's Artemis mission to the moon. 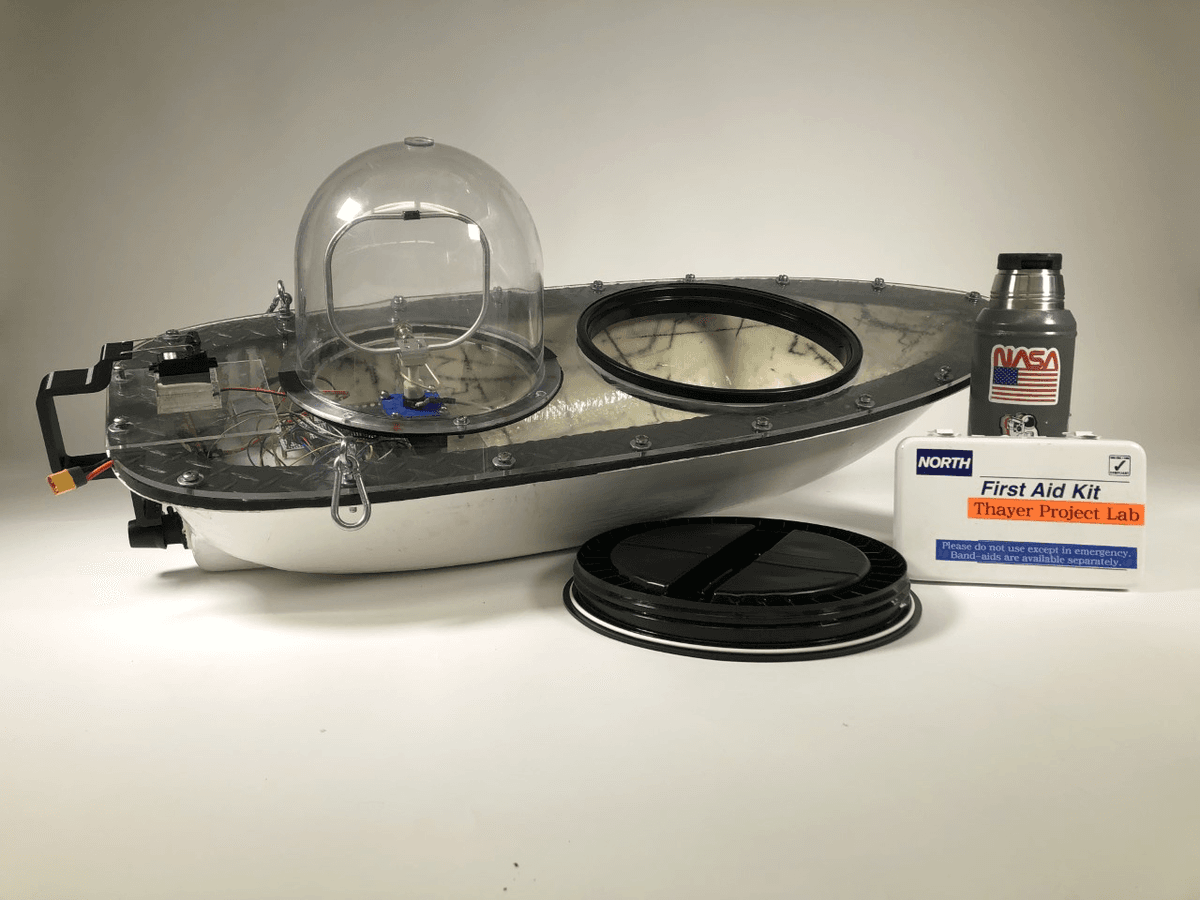 "NASA conducted a study that analyzed the potential risks associated with capsule-based spacecraft launches and identified that 26 of 28 possible launch board scenarios require water landings and have a high probability of astronaut injury. Search and rescue forces can be up to four and a half hours away and tend to deploy a video-enabled drone that gives them visuals of the scene, but no way to directly support the astronauts."

Should an unexpected incident occur, an initial site assessment would be conducted by the United States Coast Guard via drone. Then, SAVER would be dropped in the water by an unmanned aerial vehicle within 100 feet of an astronaut. SAVER would be capable of tracking and navigating toward the beacon of that astronaut, who may be injured or stranded, in order to deliver emergency supplies.

Micro-g NExT provides a unique opportunity to contribute to NASA's missions, and the competition gives undergraduate students the opportunity to tackle a current, real-life space exploration challenge or need; the Dartmouth team chose the SAVER challenge.

This week, professional NBL divers will test the Micro-g NExT prototypes, and teams will direct the divers. SAVER testing will be broadcast online from 10:00am to 4:15pm on Wednesday, June 16 (password: microg).

Following the competition, the Dartmouth team plans to continue to make refinements. "SAVER has been a tremendous systems engineering challenge, and has given me a much greater appreciation for systems analysis and engineering," said Skow. "Once SAVER is returned to Dartmouth, I hope to continue working on it, in the hopes of producing a more meaningful search and rescue force multiplier."