A lifelong tinkerer and outdoors enthusiast, Jonathan Cedar co-founded BioLite in 2009 after a colleague approached him with an idea to create a wood-burning stove for camping. The duo filed a patent when they realized that the invention had real promise—not only would it benefit campers, but also low-income consumers in the developing world could use it as well. 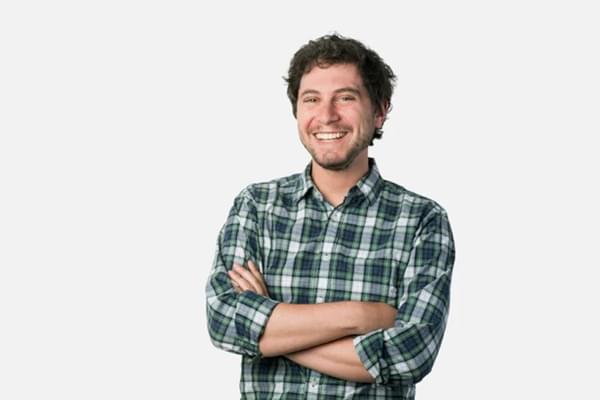 Cedar has had an award-winning career ever since. Not only has he been named one of America's Top Social Entrepreneurs by Business Week, but also BioLite has won: the 2012 Tech Awards, the 2014 and 2012 Fast Company Innovation by Design Awards, and the 2011 St. Andrews Prize for the Environment.

Cedar is also co-founder of Climate Neutral, an independent nonprofit whose mission is to decrease global carbon emissions. We spoke about his education and career path, as well as the challenge of climate change mitigation.

Why study engineering at Dartmouth?

I'd always been a tinkerer-builder type of person, but I initially attended Dartmouth because I was interested in psychology and film. In my freshman year, I took one of the introductory engineering courses and fell in love with the design-build philosophy at Thayer. I took other classes, including Technology of Sailing which was core to my specific interests as I was on the sailing team. I just kind of organically fell in love with Thayer and engineering.

What did you do after graduation?

One day, I was bobbing around on the boat and plucked a book off the shelf called, "The Art of Innovation" by Tom Kelley, a founder of IDEO, a user-centric design firm on the West Coast. The book talked about product design and development, and it's funny because so much of what we did at Thayer was through a product lens: Identify a problem, think of how to improve on it, go and physically build it.

When I read that book, I was like, "Oh my goodness. This is what I do." And not only that, but this is what my Dartmouth education really set me up for. So, that's where my career pivoted into product development. I applied for a job at a product design and development firm in New York City called Smart Design, where I was hired by another Dartmouth alum named Clay Burns who ran engineering at the company. 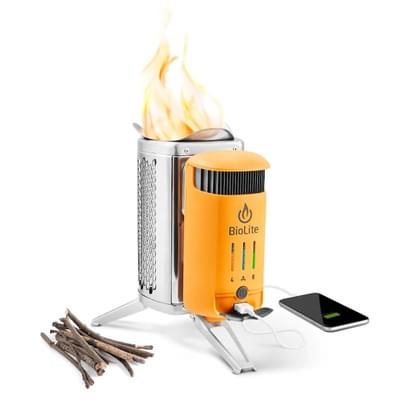 BioLite's award-winning stove: Patented combustion technology creates a vortex of smokeless flames for a portable campfire that can cook meals and charge gear, all at the same time.

How did BioLite begin?

I've always had an interest in the outdoors and entrepreneurship. In high school, I started my sailing team by petitioning the school board and convincing the local maritime college to let us use their boats for free. I was always hoping to start a company but didn't have something that was a great fit.

Then one day, when I was still an engineer for Smart Design, I started a night and weekend project with my friend there who ran the model-making shop in the firm. We had a mutual interest in camping and the outdoors, and he came to me with this funny little wood burning camp stove and said, "Do you want to work on a better one of these with me?" I definitely did. As we got into it, it got more and more interesting, and I realized it was my business opportunity.

Half the planet is cooking on campfires in their home, and the smoke from those fires is killing four million people a year, which is more than HIV, tuberculosis and malaria combined. When I learned that, I got serious about using the product to help solve a huge problem. We filed for a patent and began to think about how to commercialize it.

Today, approximately 80% of what we do is solar lighting, and 20% is clean cooking. In 2021, that was the first year that our Africa business was larger than our camping business. This year it'll be approximately 50% larger than our camping business. It was a ten-year journey to get there using this idea of parallel innovation, where the recreation market is a springboard into establishing ourselves in developing markets. Our goal by 2025 is to serve twenty million people who did not have access to energy previously, and in the process offset three million tons of carbon dioxide. How did you start Climate Neutral?

I connected with Peter Dering, the founder of a photography-inspired brand called Peak Design, who was interested in how we used carbon offsets to neutralize our footprint. We started to talk about why this had to be so hard. If you want buy an organic banana, you don't have to read a lengthy white paper from the farmer, you just look for that USDA organic sticker. We wanted to do something similar, to popularize how easy it is to measure your footprint, how effective it is to use offsets and neutralize anything you can't reduce. We wanted to tell a simple story for consumers so that brands that undertake this burden of measuring and paying for their emissions can get credit with their customers. That was the idea behind Climate Neutral.

Today, we have over three hundred brands representing approximately one million tons of emissions and five billion dollars of consumer spending annually. We've got a lot of great brands out there now following our certification methodology. We built the organization as a nonprofit because we thought it was important to make sure no one would confuse a commercial interest with what is truly sharing best practices in a credible way.

What do you think about the recent climate legislation?

We think it's really positive. We need to give a boost to clean energy infrastructure. I like that some of the policy is targeted at consumer incentives because we believe in the power of consumers to make smart choices.

I think that everything in this bill that reduces the cost of putting solar in your home or buying an electric vehicle is great. We'd like to see it linked to market mechanisms a bit more strongly. We would be big supporters of a price on carbon. There's a range of ways to establish that, but fundamentally we'd like to see a value placed on carbon.

How has your Thayer education served you?

Engineering for me has been an amazing foundation for learning and problem-solving. I think Dartmouth's liberal arts orientation paired with the engineering way of thinking is a valuable place to think broadly and logically through problems. I'm not the guy to build a bridge for you, but I am the person who could sit down with the bridge builder and understand what their interests are and help connect those to some seemingly unrelated interests or needs in another stakeholder group. That's been the most valuable piece of my toolkit as a CEO—to help my team unpack complicated interconnected issues and come to rational decisions around them.

For people who want to pursue entrepreneurship, Thayer sets you up well to take that way of thinking and extend it outside of pure technical systems. I also had a lot of good mentors that I developed over time. I had a huge number of people who generously gave their time to me. I try to leave space for doing that for other entrepreneurs because I feel so grateful for how many people did that for me.