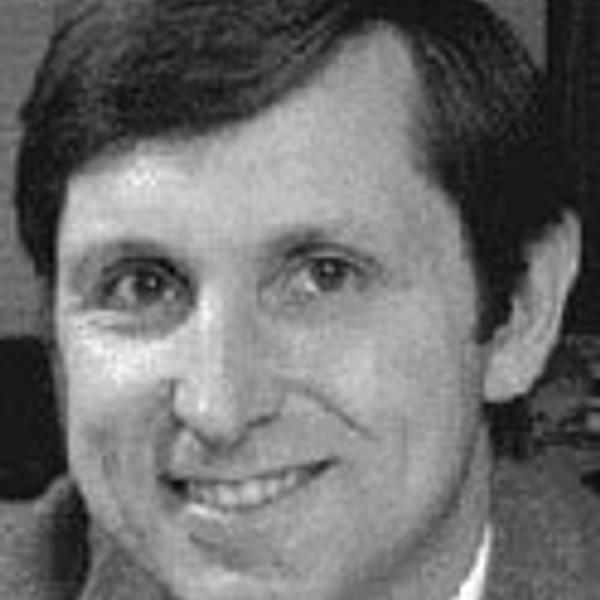 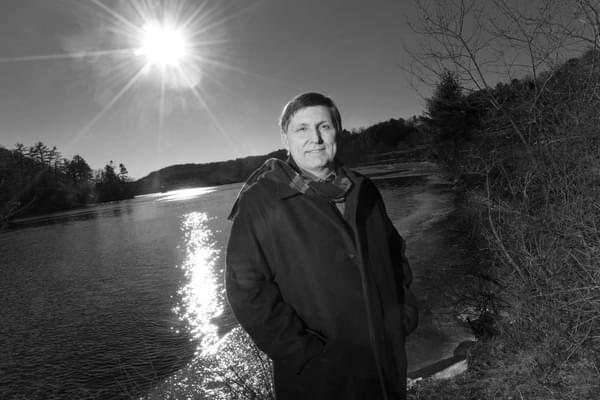 This image appeared in "Guardian of Natural Resources" in the Winter 2009 issue of Dartmouth Engineer magazine. (Photo by John Sherman.)

Dan Lynch is MacLean Professor of Engineering, Emeritus at Dartmouth; and through 2016, Adjunct Scientist at the Woods Hole Oceanographic Institution.

Dr. Lynch earned a BS and MS in mechanical engineering from MIT in 1972. He subsequently worked as a power engineer with Stone & Webster Engineering Corp., and as quality assurance engineer with C.R. Bard Inc. in the manufacture of medical devices. In 1975 he returned to Princeton University to pursue study in water resources. While at Princeton he worked with the US Geological Survey as a research hydrologist and as research assistant at the World Bank's Office of Science and Technology. Upon completion of his PhD in estuarine circulation in 1978, he joined the faculty at Dartmouth.

At Dartmouth, Lynch pursues research at the intersection of advanced computation and large-scale environmental simulation. A major focus has been on continental shelf circulation and ecosystem dynamics, with a major application in the Gulf of Maine. Through the 1990's he served on the Executive Committee of the US GLOBEC Northwest Atlantic Program, organized jointly under NOAA and NSF. He has published extensively on finite element methods in coastal oceanography and is co-editor of the recent AGU volume Quantitative Skill Assessment for Coastal Ocean Models, and a related volume Skill Assessment for Coupled Physical-Biological Models of Marine Systems. He co-founded the Gordon Research Conference in Coastal Ocean Modeling in 1999. Sabbatical and other visiting arrangements in this period include the Institute de Mechanique de Grenoble, the Institute of Ocean Sciences (Sydney, BC), the Woods Hole Oceanographic Institution, and the University of Bergen. In 1998 he was appointed Adjunct Scientist in WHOI's Dept. of Applied Ocean Physics and Engineering. The text Particles in the Coastal Ocean was completed with Cambridge University Press in 2014.

Lynch is a 1984 NSF Presidential Young Investigator, and the recipient of the 1990 B.H. Ketchum Award for interdisciplinary estuarine studies from the Woods Hole Oceanographic Institution. He served as Executive Director of the Regional Association for Research on the Gulf of Maine from 1993 to 1996; is a Fellow of the American Society of Civil Engineers; and a member of the American Geophysical Union and the American Society for Engineering Education. He developed the Numerical Methods Laboratory at Dartmouth's Thayer School, around the theme of interdisciplinary computational engineering; and authored the graduate text Numerical Solution of Partial Differential Equations for Environmental Scientists and Engineers (Springer 2004). Lynch served as Director of Graduate Studies and Associate Dean of Engineering at Dartmouth from 1985-1989, and was appointed MacLean Professor in 1993.

Recent investigations focus on sustainability, natural resources, and professional education. Included are visiting or sabbatical appointments at The University of Notre Dame (Melchor Visiting Chair, Civil Engineering) Fall 2001; The Catholic University of America, School of Philosophy, 2003-04; and The Woodrow Wilson School of Public and International Affairs, Princeton Universty (STEP program), 2007-08. He organized and edited the volume Professions and the Common Good (ACCU - Current Issues in Catholic Higher Education, 2006) His work in professional education culminated recently in the 2008 Civil Engineering Body of Knowledge for the 21st Century (ASCE). His text Sustainable Natural Resource Management for Scientists and Engineers (Cambridge University Press, 2009) is based on current teaching at Dartmouth. Current projects include the Declaration of Stewardship Responsibilities.

Particles in the Coastal Ocean: Theory and Applications 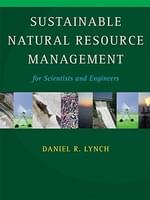 Right, Wrong, and the Dartmouth Education - There's New Interest in Ethics Across the Curriculum
Mar 06, 2011