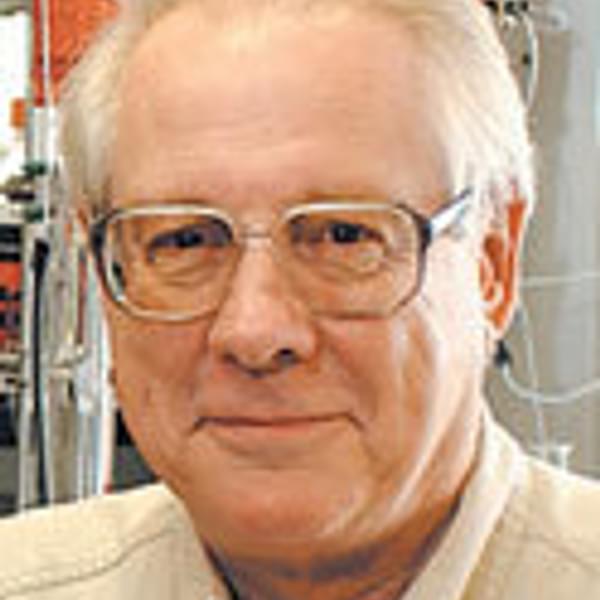 "I don't ever intend to 'retire' retire. I've tried it four times—once from U. Mass, twice from Thayer School, and then from GlycoFi in 2006," said Charles Hutchinson ("Hutch," as he is known to the Dartmouth community). After 19 years with the electrical and computer engineering department of the University of Massachusetts, Hutch came to Dartmouth in 1984 at the encouragement of John Strohbehn, a Thayer School professor and classmate of Hutch's at Stanford. "He knew I had not been happy with the confining format of specialization in engineering education. He kept talking about the opportunity to expand Thayer School's interdisciplinary approach." It was a convincing argument, and Hutch came to Thayer School to stay.

Hutch served as dean from 1984 until 1994, and again from 1997 to 1998. While leading the effort to raise $40 million, he oversaw a major facilities renovation in the late 1980s. He also established the Master of Engineering Management (M.E.M.) program, with an innovative curriculum that immerses students in an integrated approach to the engineering design and technology management processes.

From 1998 to 2003, as Dean Emeritus and the John H. Krehbiel Sr. Professor for Emerging Technologies, Hutch directed the M.E.M. program and developed and taught courses in electrical engineering, design, total quality management, and emerging technologies. In 2000, with Professor of Engineering Tillman U. Gerngross, Hutchinson founded the biotechnology company GlycoFi Inc., which quickly became a leader in the field of yeast glycoengineering and optimization of biologic drug molecules. He served as CEO of GlycoFi Inc. until it was acquired by Merck in spring 2006.

Most recently, he teamed up with three Thayer School PhD graduates—Dax Kepshire, Ben Bollinger, and Troy McBride—to co-found SustainX, a new venture in the cleantech arena.

Engineering profs chosen as NH "Entrepreneurs of the Year"
Mar 06, 2011