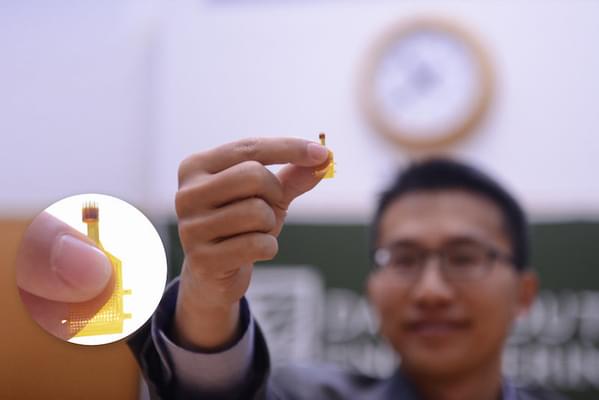 "The project is named the 'Neuro-CROWN: Optimized Ultra-Flexible CMOS Electrode Arrays for 3D, Low-Noise Neural Interfaces,' which is being funded by the National Institutes of Health. The $2.8 million, four-year grant is from NIH's 'The BRAIN Initiative' that is working toward revolutionizing the current understanding of the human brain.

"Fang will work in collaboration with biomedical engineering professor Jonathan Viventi at Duke University. Together they plan to develop and disseminate high-density, flexible electrode arrays with thousands of low-noise, multiplexed electrodes.

"The human brain has tens of billions of neurons, Fang said, yet current technology limits scientists to only being able to see a few hundred at a time.

"'There’s always this push for interfacing with more and more neurons inside the brain, basically the cells inside the brain,' Fang said. 'Currently the status quo is just a few hundred of neurons at a time. Certainly, yours and my brain has tens of billions of neurons.'"